There are many things to consider when shopping for a new microphone. Each microphone has its own advantages and disadvantages. It is up to you to decide the sliding scale between price and quality. To help aid your decision, this list narrows down the best microphones for streaming and gaming.

This article also includes microphones designed purely for streaming, so the price (and quality) of some microphones might be higher than usual. For pure gamers, who have no intentions of streaming or making gaming content, there is a list of affordable microphones at the end of the list.

There are four polar patterns that will be mentioned: stereo, cardioid, omnidirectional, and bidirectional. The best microphones will generally have more than one polar pattern.

The perfect balance between cost and quality. An excellent choice for streaming, gaming commentary, podcasts, and more without breaking your wallet. The Blue Yeti Microphone has widely been regarded as one of the best desktop microphones on the market due to its high quality build and reasonable price. It is packed full of incredible features and guarantees crystal clear sound. It is a versatile microphone with four different pattern modes for recording. The four modes are stereo, cardioid, omnidirectional, and bidirectional. An assortment of these modes help accommodate any streamer or gamer in any situation.

A few notable features of the Blue Yeti USB microphone is the mute button, gain control, and zero-latency output. It’s easy to have full control over your microphone without installing any drivers, the Blue Yeti is fully plug and play. The Blue Yeti may not be suitable for a dedicated studio quality sound, but for a home recording setup it is the perfect choice. The excellent sound quality combined with four distinct patterns make it versatile and well worth the money. 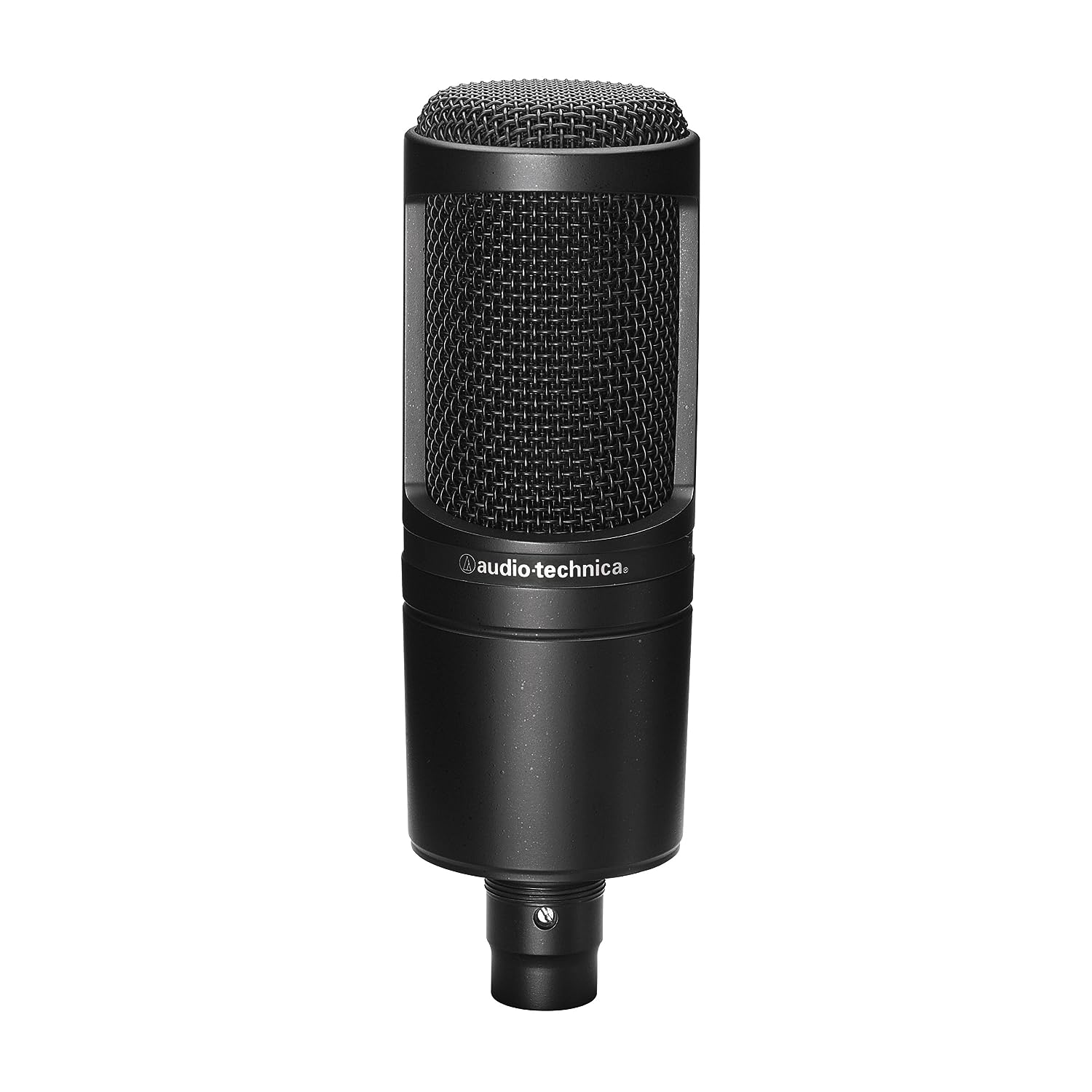 The Audio-Technica AT2020 was originally designed as a studio microphone but was later converted into a USB microphone. It is widely considered one of the most affordable studio condenser microphones. At just under $100, the AT2020 is hard to beat. It has excellent sound, can handle high frequencies exceptionally well, and delivers strong accurate tones. 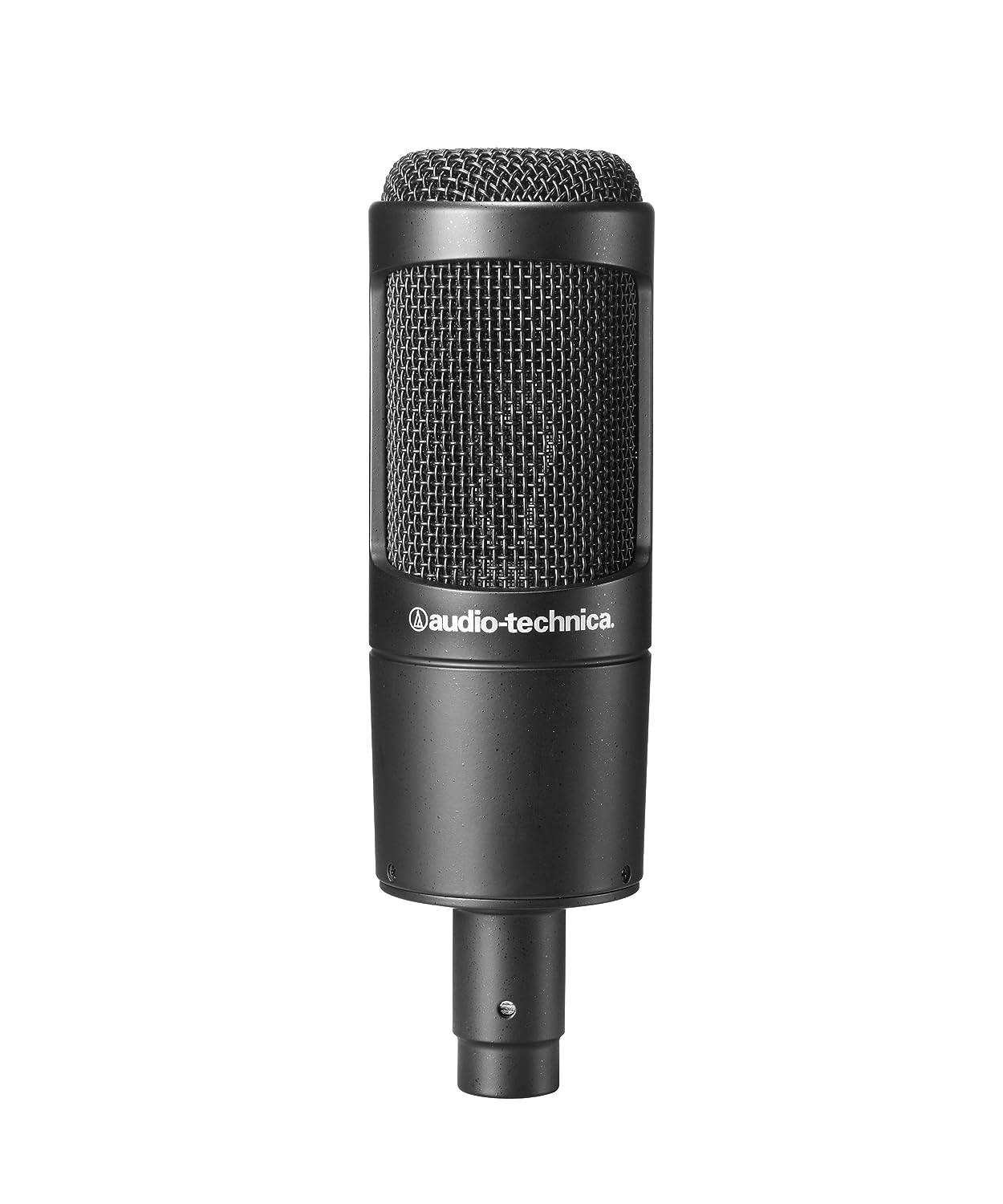 The Audio-Technica AT2035 is a large diaphragm condenser microphone with a cardioid polar pattern. The AT2035, like the AT2020, is a cardioid microphone and does not feature any other pattern modes. When compared to the Blue Yeti, the AT2035 does lose out on versatility, but it excels at what matters the most — the sound.

Although the AT2035 may look similar to the AT2020, the innards have been significantly improved. The sound quality is outstanding. In terms of capturing low frequencies (bass) and higher frequencies the AT2035 is superior. The 2035 has a wider range, so sound is recorded more accurately.

Despite the similarities in appearance, the AT2020 is not a large diaphragm condenser microphone. The AT2035 has a 24mm diaphragm compared to the 16mm diaphragm on the AT2020. A larger diaphragm means the 2035 is more sensitive, covers a very wide dynamic range, and the frequency range covers almost the entire audible spectrum.

There are two switches on the AT2035: a low-cut switch (meaning it reduces the low frequencies) and a 10 dB pad switch, which cuts the incoming levels by 10 decibels. This helps reduce the amount of unwanted bass to come into the microphone.

The perfect microphones for streaming and gaming professionals. Highest quality and flexibility that fits almost any situation.

The Blue Yeti Pro may be one of the best USB microphones on the market. There are four recording patterns: stereo, omnidirectional, cardioid, and bidirectional. Blue Yeti Pro is a highly versatile microphone that continues to be the most advanced in its class.

The pattern selector in the rear of the microphone lets you easily change between recording patterns. It’s similar to having four microphones packed into one.

All of these renovations make the Blue Yeti Pro one of the most desired microphones to own. Its attractive price makes the professional studio quality microphone affordable to many consumers. The price for the Yeti Pro is roughly $100 more than the original Yeti, but if you want the best then the Yeti Pro is well worth the price. 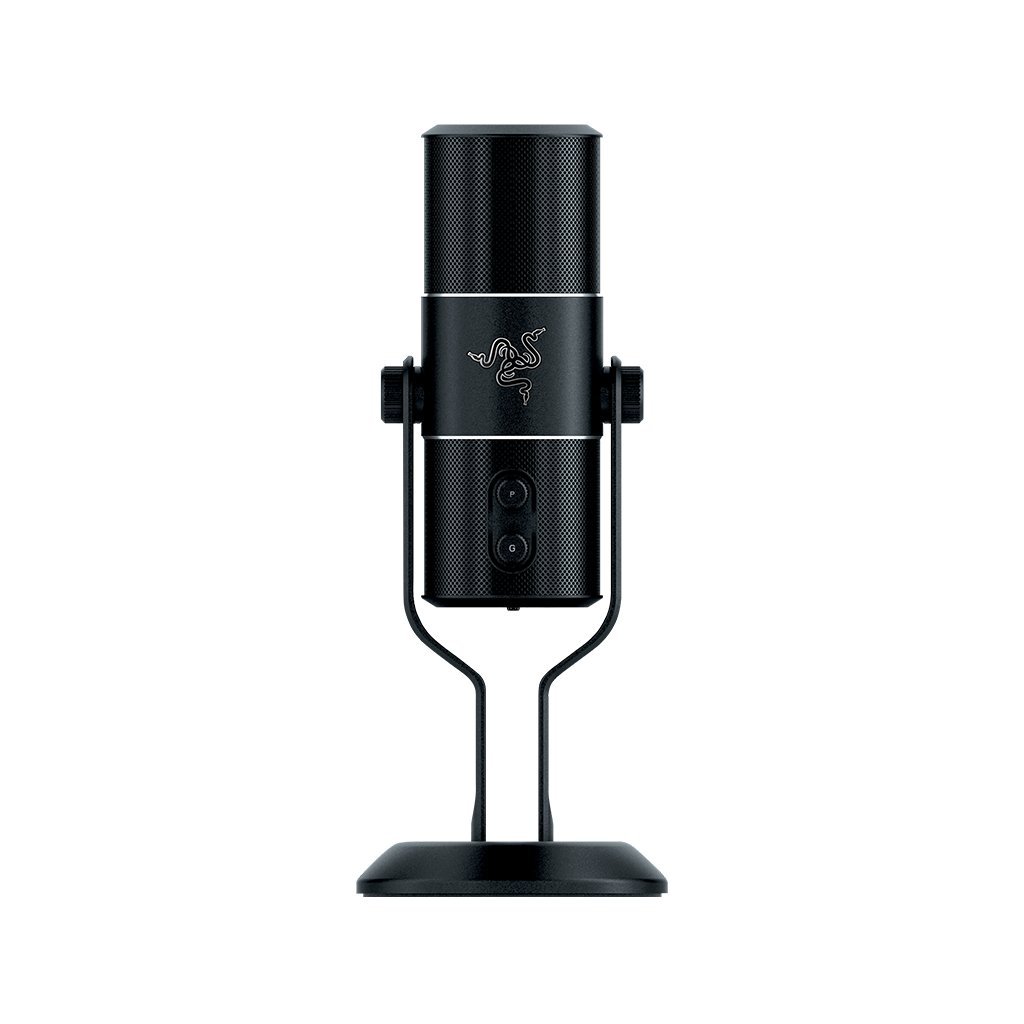 The Razer Seiren Pro is another heavy hitter. Just like the Blue Yeti Pro, the Seiren Pro is a versatile multi-pattern XLR and USB microphone. It has the capabilities of a professional-grade studio but without the complicated setup. It has been designed with gamers and streamers in mind, but built to meet the expectations of professional artists and musicians in the studio.

There are four dedicated recording patterns: stereo, cardioid, omnidirectional, and bidirectional. A high-pass filter helps you remove low-end unwanted noise from your recording. By enabling the high-pass filter function on the Razer Seiren Pro, all of the unwanted noises such as air conditioning systems, cars driving by from a distance, and noises from stages/floors are eliminated without post-processing edits.

The Razer Seiren Pro has an XLR output option, which allows you to plug the microphone directly into a professional mixing board. This feature makes it easy to chain together multiple microphones and make greater adjustments on the fly when recording live. The XLR output option is only available on the Seiren Pro, not the standard Seiren. 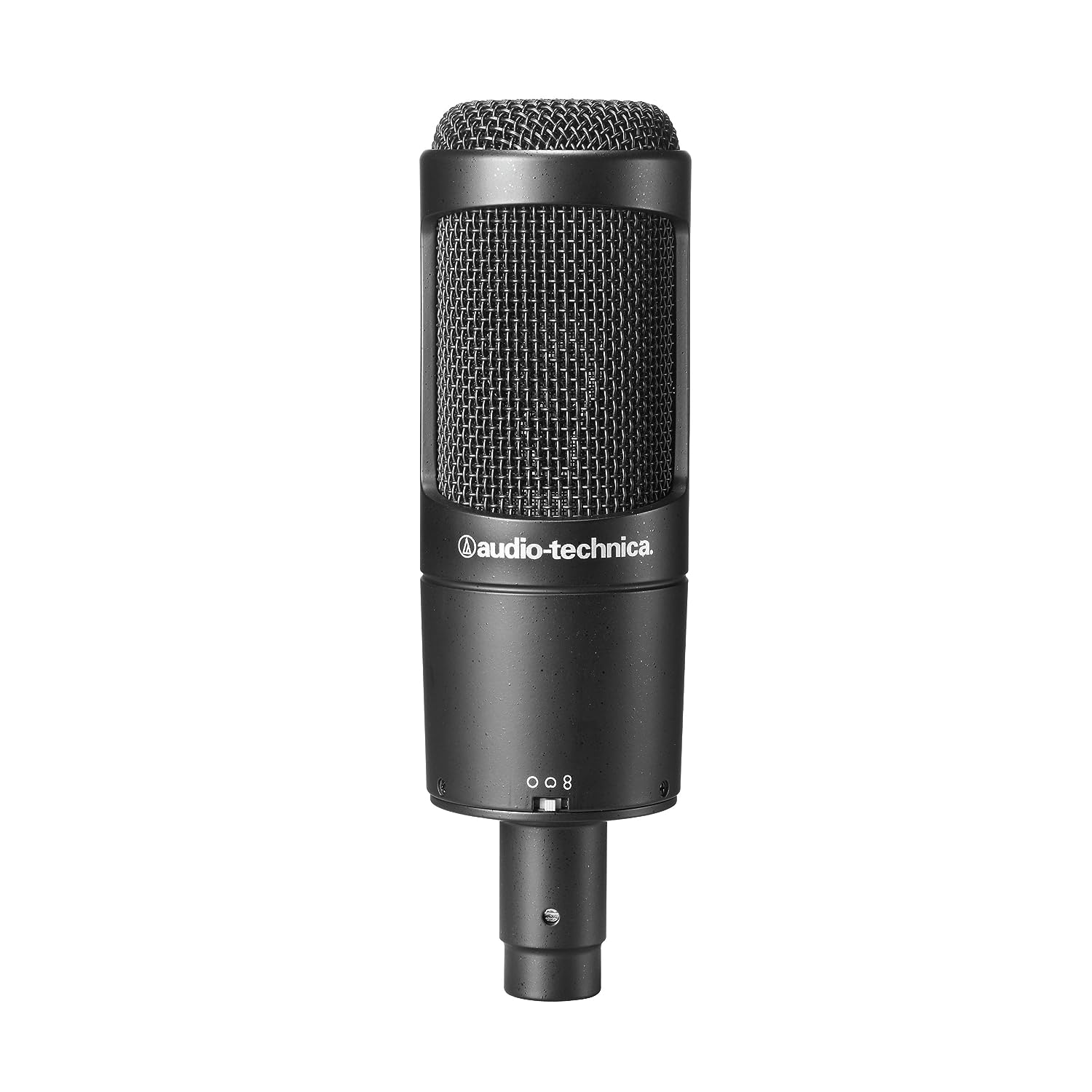 A number of Audio-Technica microphones have already made this list so far, but what separates the AT2050 from the others is its superior performance and flexibility. Unlike the previous Audio-Technica 20 Series microphones, the AT2050 is a multi-pattern condenser microphone. There are three switchable polar patterns: cardioid, omnidirectional, and figure-of-eight (also known as bidirectional). Multiple patterns inside a single microphone means this mic is adaptive. It is substantially better in terms of quality and functionality when compared to the other 20 Series microphones.

The microphone is equipped with a switchable 80 Hz high-pass filter and a 10 dB pad. It’s ideal for a studio environment with live recording on a wide variety of sound frequencies.

Best Microphones on a Budget

The least expensive and most affordable microphones for gaming. Microphones in this category are $50 and under. 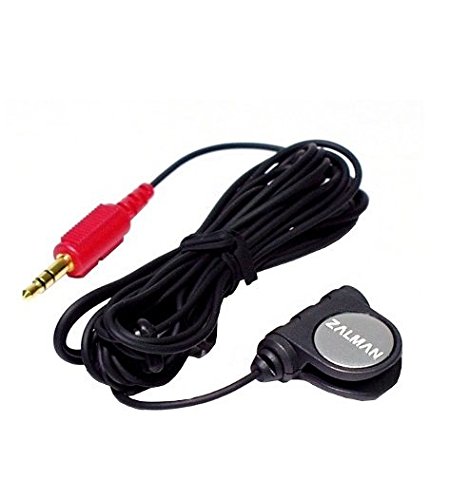 The most affordable and least expensive microphone mentioned on this list. It is the most portable and compact microphone and is attached directly onto your headphone cable. It may not be the microphone with the best quality but the portability and low-cost makes it very attractive for gamers.

The Zalman ZM-Mic1 is a highly sensitive microphone that should be placed close to your mouth. It is omnidirectional so speak into it in whatever direction you want, just make sure it’s loud enough for the mic to pick up.

It is a clip-on microphone so owning headphones should be a prerequisite to owning the ZM-Mic1. The clip should fit most headphone cables, but if your cables are too thick/thin it may not fit. The length of the cord is about 10 feet, which should be more than enough for most people. 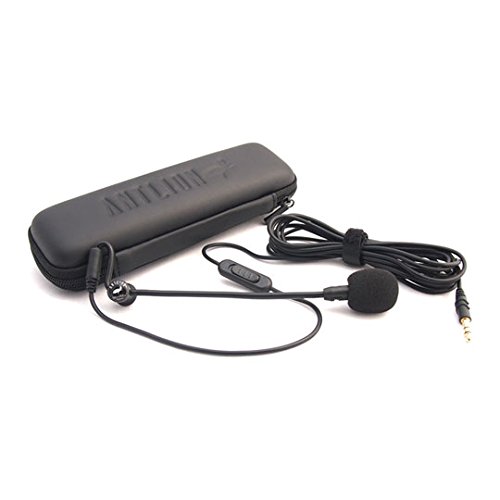 The Antlion Modmic 4.0 is similar to the Zalman ZM-Mic1 but instead of attaching itself to the cable, this one attaches directly to the headphone. It turns your headphones into a headset. And for the most part the sound quality should be better than a regular headset microphone.

Another thing that separates this microphone from a headset mic is a dedicated mute button. While there are many headsets with volume control and mute buttons, they often cost extra. The Modmic 4.0 is a high quality microphone that is for $49.95 and $42.95 for the Modmic without a mute button.

Once again, add-on microphones are typically great for gamers but not streamers. For streamers, the quality may not be adequate for your viewers to have a satisfying experience. This microphone is a cheap alternative to turn your headphones into a headset without buying a whole new headset. 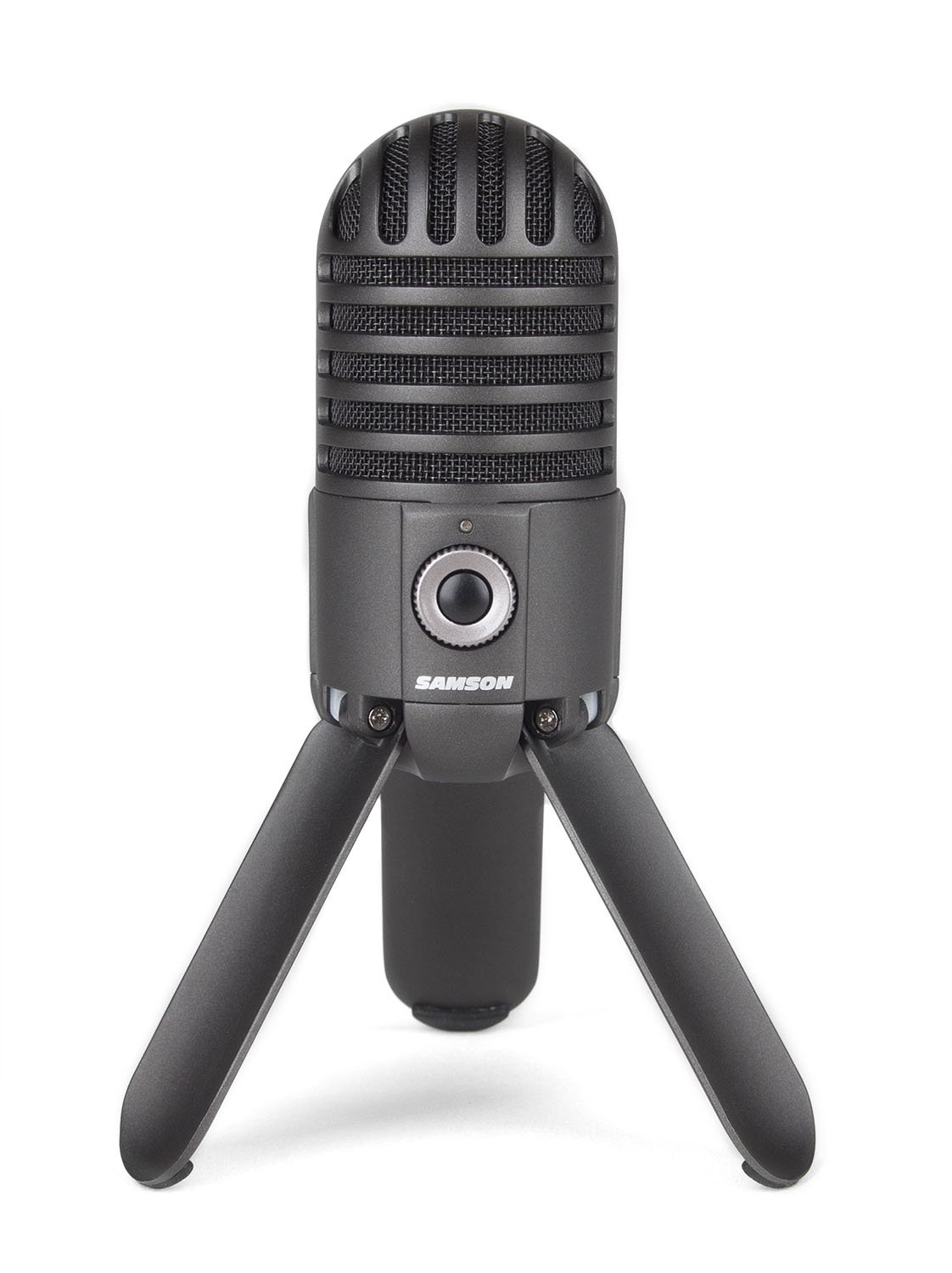 The audio quality is not quite studio level but it is very good. Compared to the other microphones in this category, this microphone is extremely clear and perfect for podcasts and streaming. It might not come close to a dedicated high-end studio microphone, but it’s close.

However, there are limitations to this microphone. It is a unidirectional microphone so it should be used for recording podcasts or streaming. It should not be used for interviews or conferences for multiple people in a surrounding room.

The portability and affordable pricing is where this microphone triumphs. At just under $50, the compact Meteor mic offers higher quality and flexibility than other microphones in its class. The previous two microphones are extensions of headphones, while the Samson Meteor mic is its own dedicated desktop microphone. 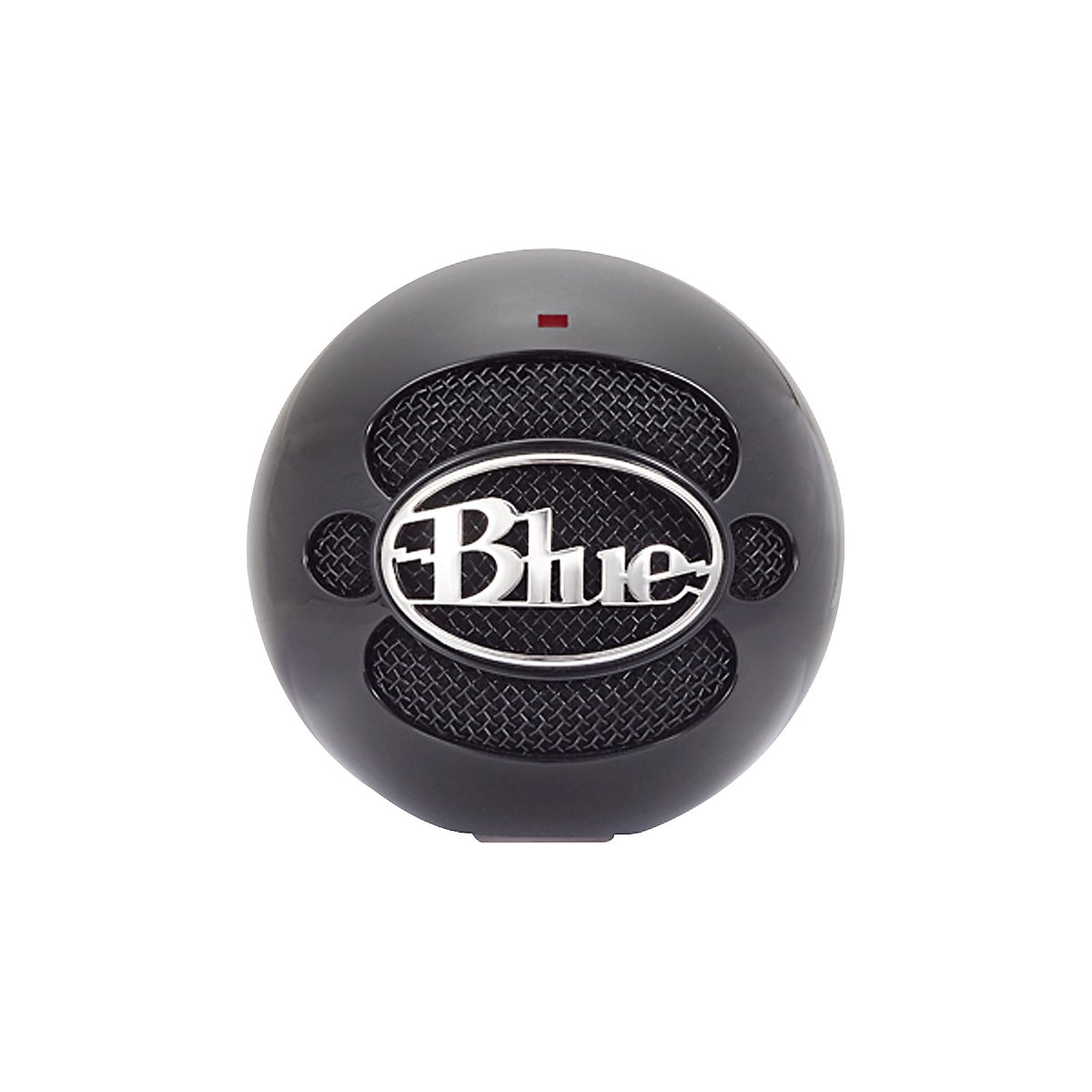 Last but certainly not least is the Snowball from Blue. The Blue Snowball is an ultra portable microphone and is extremely affordable. The microphone is shaped like a ball and has a diameter of about 4 inches. With the tripod base it has an adjustable height of 5 to 6.5 inches. The Snowball is the only microphone in this category that is built with two microphone capsules. It features three pattern modes: cardioid mode, cardioid mode with 10 dB PAD, and omnidirectional mode.

To get a studio or professional quality microphone, you have to get Blue’s higher-end microphones such as the Blue Yeti or Blue Yeti Pro. But if you want the best microphone for streaming and gaming without breaking your wallet, then this is it. 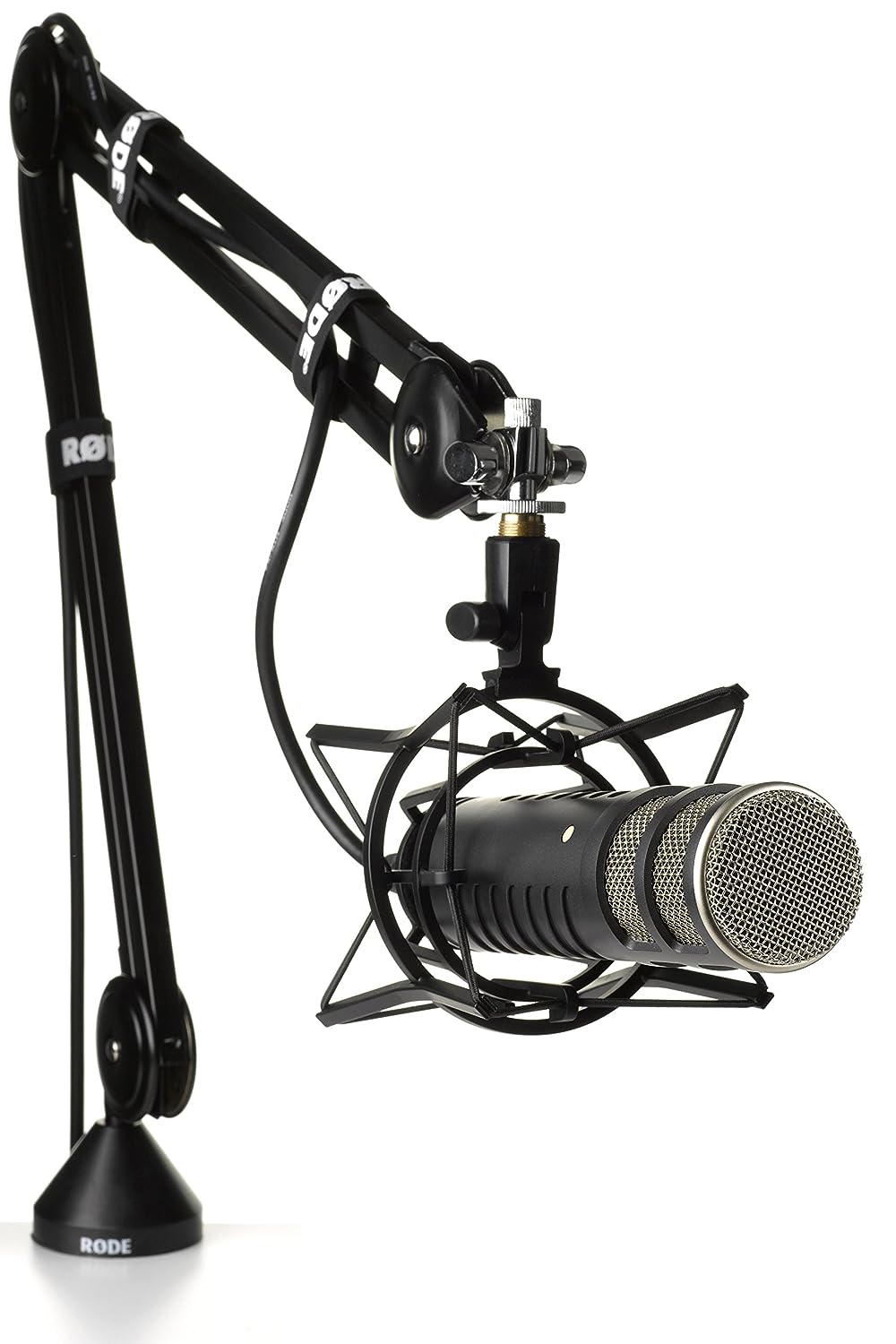 The RODE PSA1 is an extremely well designed professional studio boom arm. It has been built with premium quality materials. The microphone arm is heavy and sturdy. It can hold large microphones without having any sag or droops. The microphone has a full 360 degree rotation, which allows for versatile and precise movements. In addition, there are two methods for mounting, a desk-clamp and desk-insert attachment method. The RODE PSA1 comes with Velcro cable straps to hold your cables in place. The product is relatively expensive but it should last a very long time. 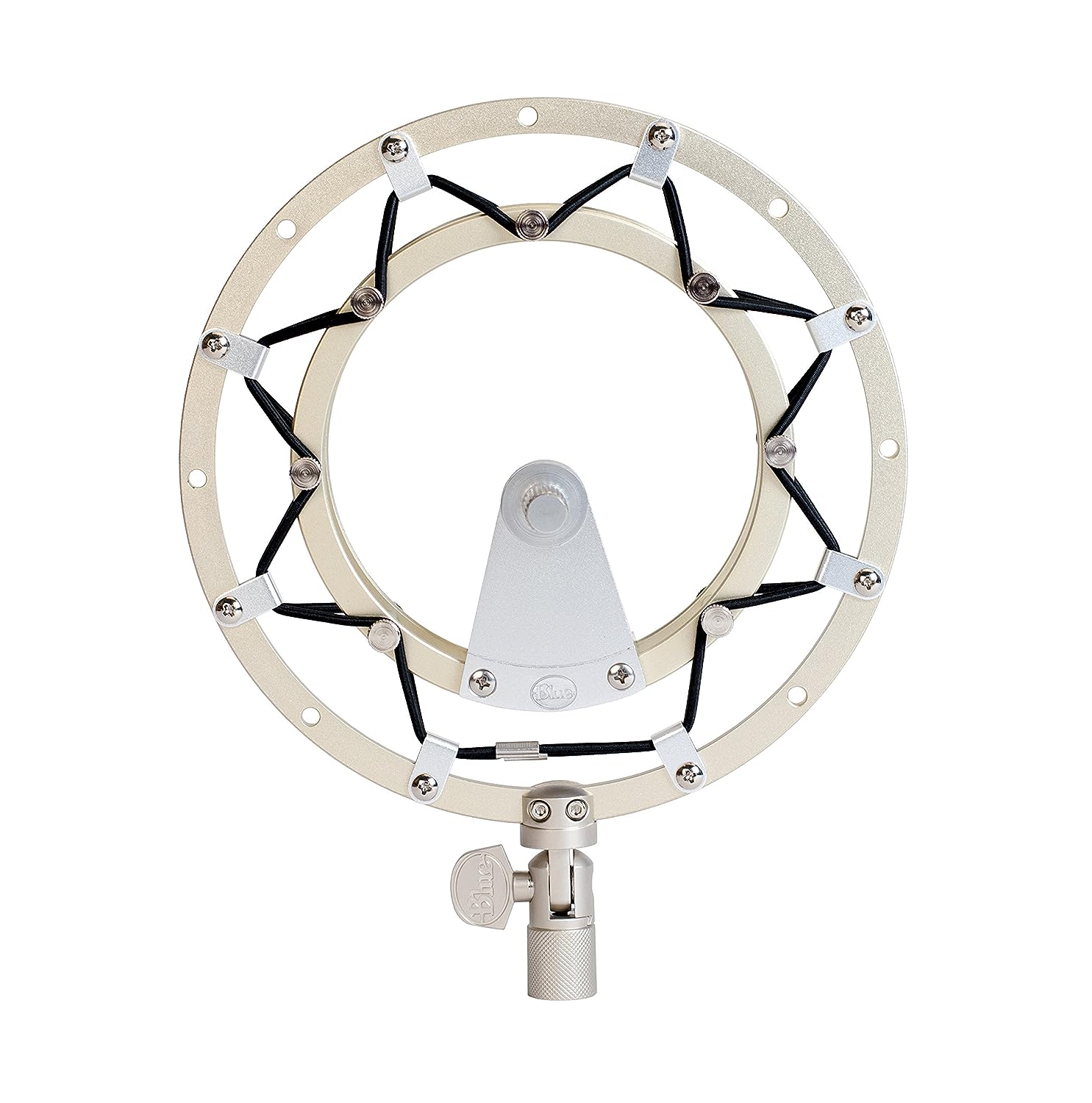 Blue Microphone’s RADIUS II shock mount is custom designed and compatible with the Yeti and Yeti Pro. A shock mount isolates the microphone from noise, shock, and vibrations. In a studio setting, it may be essential to have a shock mount eliminate the noise. A shock mount will keep your microphone in place and prevent unwanted noise. The RADIUS II has a flexible but sturdy mounting system. It has a new and improved hinge design that locks in place. 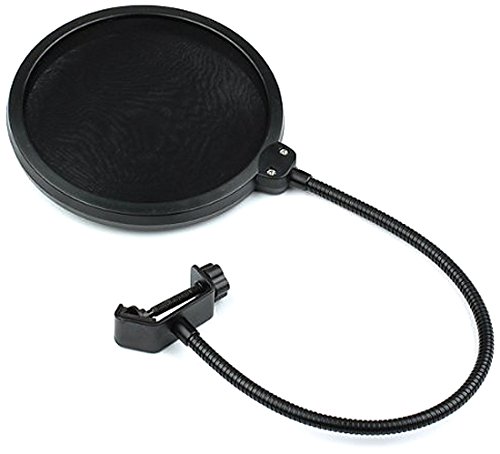 Pop filters reduces or eliminates popping sounds caused by the impact of fast moving air. It is important to ensuring crystal clear sound. In addition to preventing popping sounds, it can also protect against accumulation of saliva on the microphone. The Dragonpad pop filter is an affordable solution to guarantee the best vocal recordings. It has a flexible 360 degree gooseneck holder for convenient use. The swivel mount is easy for installation and can be clipped directly onto the microphone stand or microphone boom arm.